The Robe Brigitte is for the upper class lady par excellence with a surprising feminine effect, despite its masculine attitude, the Brigitte robe, is a sublime one.
Made of 100% pure cashmere, this robe will make your evening at home the most inviting ones.
Ultra soft and light.
Warm as a hug.
Its divinely androgynous design defines your being elegant thanks to the nonchalant shawl collar.

100% Pure Cashmere
Made in Italy

The following table provides a guide for selecting the proper size. If you are in doubt you may contact us and we can provide additional information.

Cristina Linassi is able to create pieces from any of her collections in a specific size or colour, or tailor existing designs or make completely new creations for special occasions. Please contact us if you have seen an item you would like to personalize or modify for your own tastes.

Actual lead time will be communicated within 48 hrs of ordering.
Each piece of Cristina Linassi's Atelier is made to order exclusively in Venice, Italy.
For this same reason it is non-returnable.
Returns are accepted only for product that is defective, shipped incorrectly, or not constructed to customer specifications.

Actual lead time will be communicated within 48 hrs of ordering 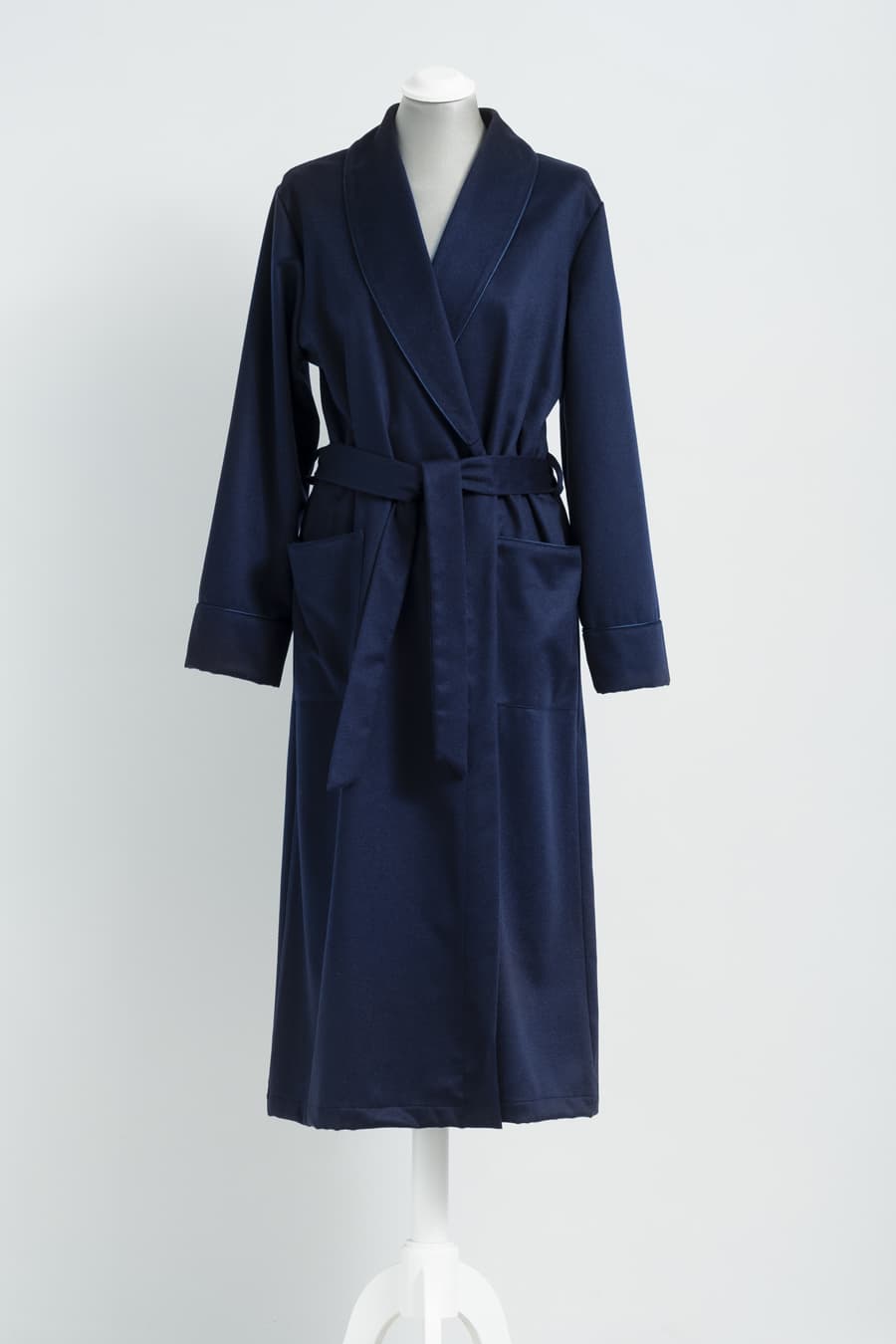 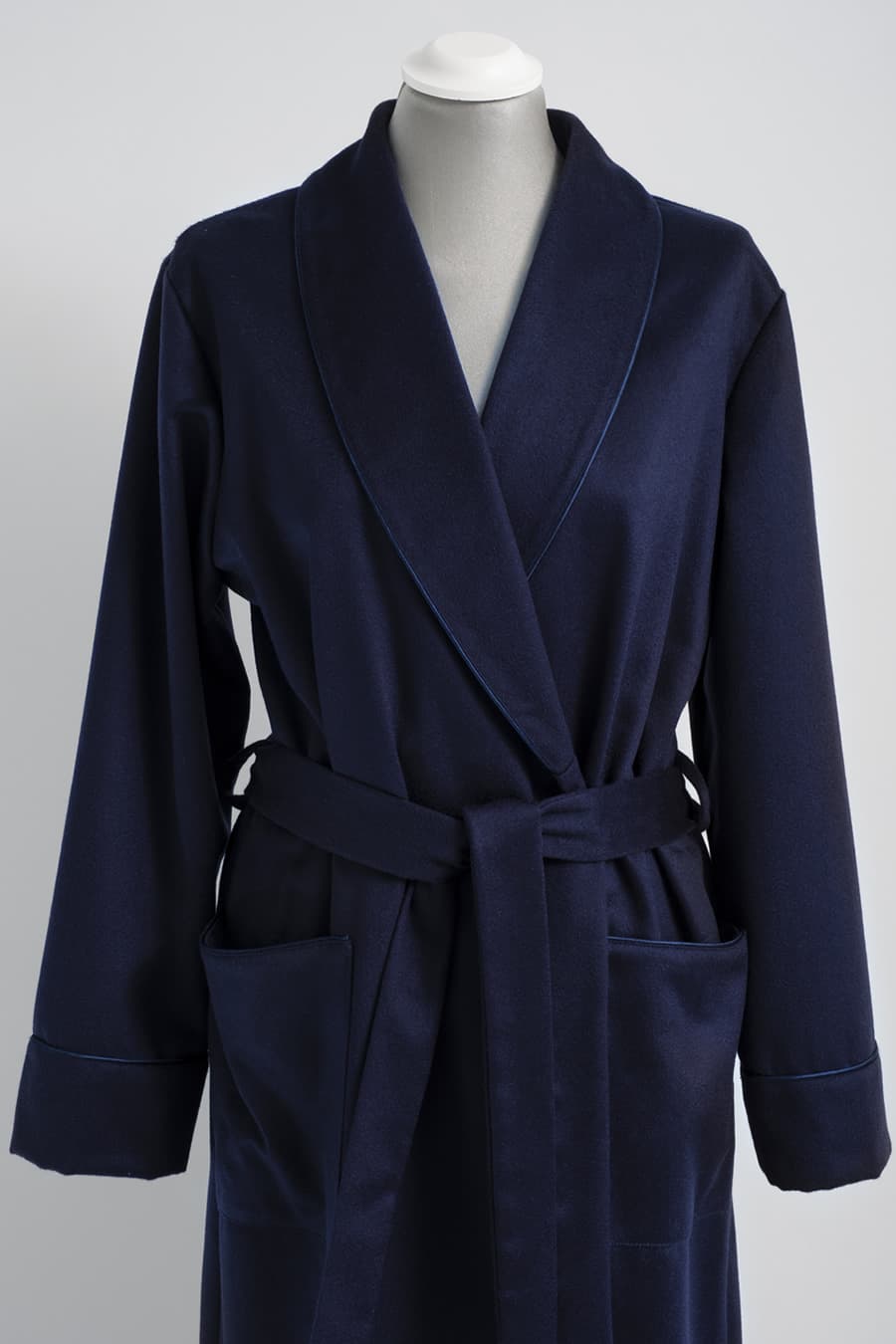 Known for its premium softness, MicroModal is a sustainable fiber derived from beech trees. It is very silky to the touch, and feels light against the skin.
On top of that, being a thinner fabric, MicroModal is quite breathable and wicks moisture well.
Its unparalleled softness and cool fit against the body make it a great choice for lingerie.

Along with its comfort, MicroModal is quickly becoming one of the choice fabrics of clothiers because it readily takes dyes and does not fade as easily as many other textiles. Due to the fact that it is made from beech fibers, which are more resilient than many other textiles, it also holds its shape well.

All MicroModal fabric is produced in the European Union. There are, in fact, no other places outside of Europe that manufacture this ultra-soft fabric.
CASHMERE

This sought-after fabric has become synonymous with luxury; the soft, insulating material is one of the most valuable natural products used in the fashion industry today.
Cashmere is characterised by an incredibly soft finish, which is a result of delicate fibres that are almost silky to the touch.
It doesn’t have the itchy quality of wool but still provides insulating warmth without having to be wrapped in layers and layers of it; hence why Cashmere is such a coveted fabric.

Cashmere is made from the soft fleecy under layer of a goat’s coat. Cashmere growth is fuelled by the chilly air – grows in winter, in fact the colder it gets, the more it grows; it’s designed to insulate and protect the goats from harsher climates. As soon as the weather warms, the goats naturally shed their coats. Cashmere producers then comb out the valuable product before it is spun and usually dyed all sorts of.
Cashmere goats are usually found in nomadic herds across the world, typically in Mongolia, Southern China and Iran where the large fluctuations in temperature make the conditions more suitable for cashmere growth.

The name Cashmere is derived from the location Kashmir, where the fibre was originally produced as far back as the 13th century. In the 1500’s to the 1800’s, emperors from Iran and India used cashmere shawls in religious ceremonies and political proceedings, for example in the Mughal Indian courts.
Cashmere has a long and rich history, particularly in Europe where its popularity has soared over the last 500 years. It began being imported into Scotland in the 18th century, after a Scottish manufacturer discovered the Cashmere shawls in India. Since then, its use in the textile industry has increased dramatically, defining its luxury status.

Caring for Modal requires the usual attention you deserve to your wool garments.
Wash MicroModal on gentle cycle using warm water (20 °C - 68 °F) and cool rinse. Use a mild detergent. While cotton may shrink, MicroModal maintains high durability and strength when wet.
Air dry.
Use a medium hot iron and always iron on the wrong side of the fabric to prevent creating a shine on the fabric itself. For a perfect result steam iron.
[wbcr_html_snippet]: PHP snippets error (not passed the snippet ID)
TAKING CARE OF CASHMERE

We recommend to dry clean your Brigitte cashmere robe, due to the fine nature of the fibre. 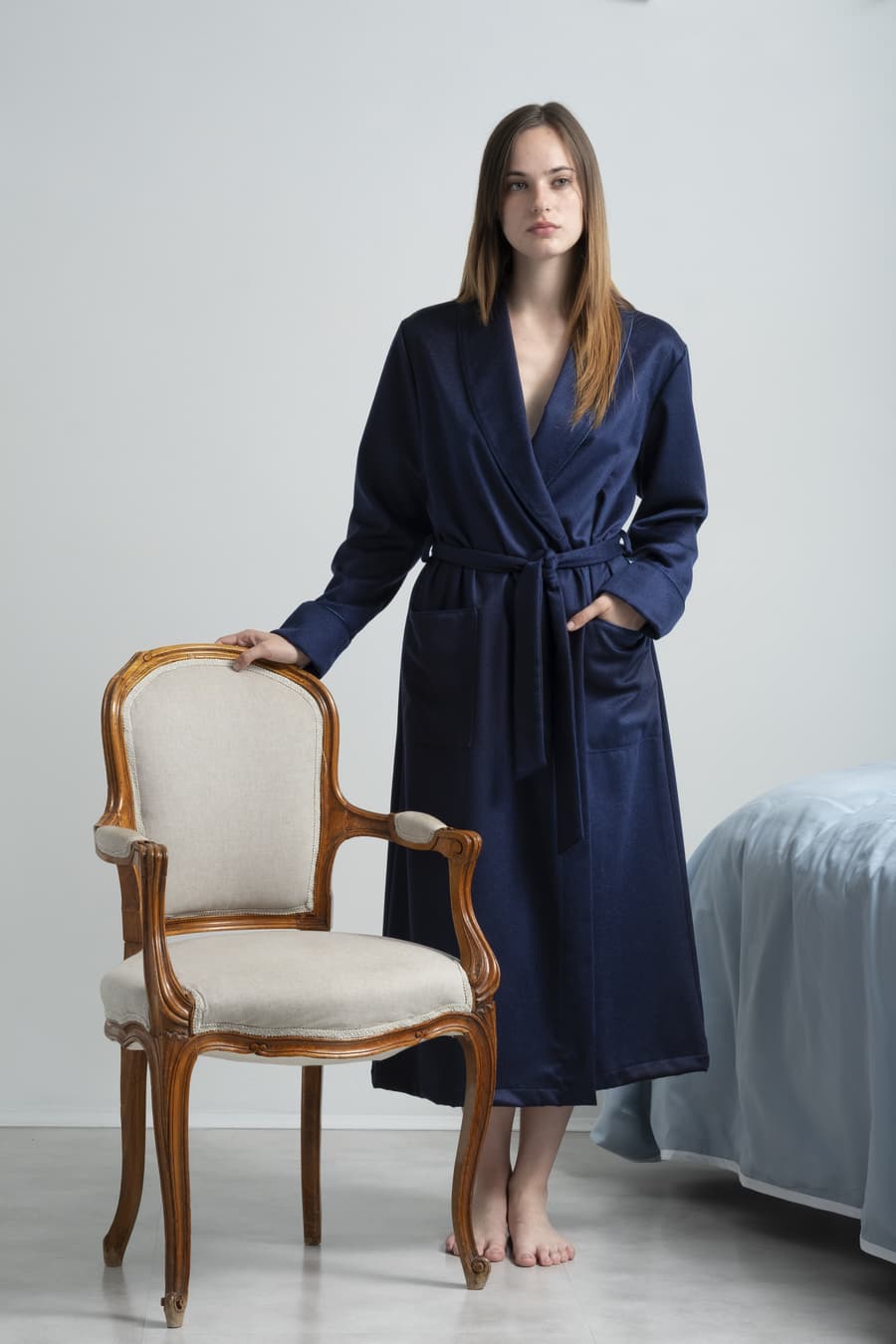